Are you trying really hard to lose weight? Have you tried every diet in the world? Low cab, high carb, paleo, South Beach, cabbage soup, cookie diet – there many of them, and if you've tried them all, maybe you're trying too hard.

If you ever saw the original Star Wars series, in there's a famous scene in The Empire Strikes back (yes, I am a complete Star Wars geek), there's a scene where Luke Skywalker first meets Yoda. Luke's fighter plane is stuck and he has to move the plane with his mind. So he tells Yoda he’s going to give it a try.

Yoda says (and I'll spare you the Yoda impression because do it, I cannot) he says: “Try not. Do… or do not. There is no try.”

So true. If you said to me, “Hey, try to drop that mug.” I'd either do it… or not. You can't try to break up with someone, or start dating, or stop smoking. You either do or you don't.

Same thing with losing weight. If you’re trying, instead of doing, or you lose weight and gain it back as soon as you go off the diet, it's essential to look at what’s stopping you from meeting your weight loss or fitness goals.

It’s usually one of two things: either you're afraid of failure, or you’re afraid of success.

Fear of failure usually has to do with our identity and sense of self. There’s a difference between “failing” and “being a failure.” One has to do with what you’re doing or not doing; the other has to do with you as a person.

The other fear that might stop you is fear of success. Lots of things go into fear of success, but here are a couple of them: Expectations and objectification

Expectations: You may think that by changing your body, you’ll change your life. But, what if it doesn’t happen? What if everything in your life stays exactly the same? Maybe that level of disappointment would be too much to risk. Makes me think about Yasmine, who was told, her entire life, “You have such a pretty face. If you lost weight, guys would be lined up to be with you. You'd be chasing off guys.” (as if looks are everything, but this is what she was told).

Yasmine was afraid to lose weight, on some level, because she was scared of what it would mean to be in a relationship. She was afraid she'd lose herself in some way. Since her expectation was that losing weight successfully would lead to being in a relationship, and giving up her life, basically, she wanted no part of that – she had a relationship with food instead. Well, Yasmine finally lost weight and guess what? Guys were not knocking down her door.

That brings me to objectification: Maybe you're afraid to lose weight because you don't want to be an object, a thing. What do you fear will happen if you’re perceived as more attractive to others? Maybe it's what others will do to do — or maybe it's what you might do to others. One woman once said, “I'm afraid if I lose that last 20 pounds, I'm going to cheat on my husband.”

If you don’t address the underlying reasons for why you’re bingeing or overeating, it is difficult to stop. The good news is that once you identify and process those conflicts, everything changes.

When you lose the fear of failure and the fear of success. you'll gain confidence which helps you lose weight.

And that's how you win the diet war. 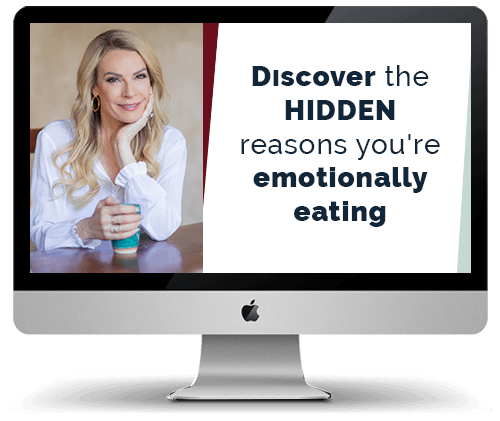